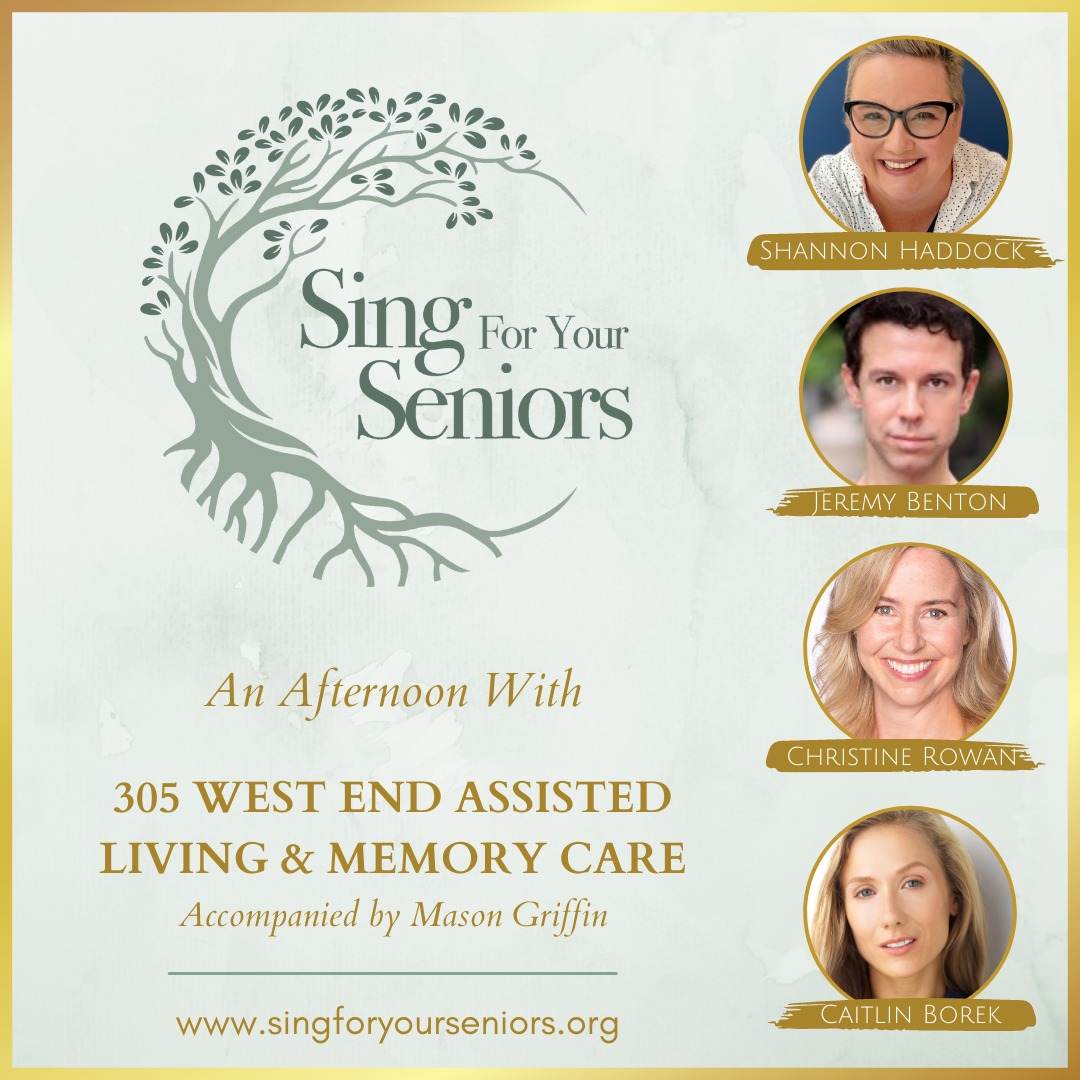 We were thrilled to be back at 305 West End! We had so many returning seniors, including some who have a specific seat they love to watch from.

Jeremy started us off telling us about growing up in a small town and said that as a child he thought he “invented tap dancing!” He then sang a song from the new workshop production of “Summerstock” he recently performed in, followed by the Bing Crosby classic “I’ve Got Plenty to Be Thankful For.”

Shannon brought her wonderful energy and wit with “A Grand Night For Singing” from “State Fair” and gave Robert Goulet a run for his money with her version of “If Ever I Would Leave You.”

Caitlin, with her gorgeous soprano voice, graced us with classics such as Andrew Lloyd Webber’s “Think of Me” (with a quick cameo from Jeremy singing for Raoul) and “A Lovely Night” from “Cinderella” (Caitlin recently played the title character in the Rodgers and Hammerstein version).

Christine gave us the scandalous Irving Berlin song, “You’d Be Surprised,” which made us all laugh! She then sang the spirited duet “You’re Just In Love” from “Call Me Madam” with Jeremy, with some “Gimme Gimme” from “Thoroughly Modern Millie” to boot.

We also have to bring attention to our incredible accompanist Mason, who not only plays these songs sight on scene, but is known to add some beautiful personalized additions which makes the music extra stunning at our sessions.

We feel such gratitude to the incredible artists sharing their talents with our friends at 305 West End.