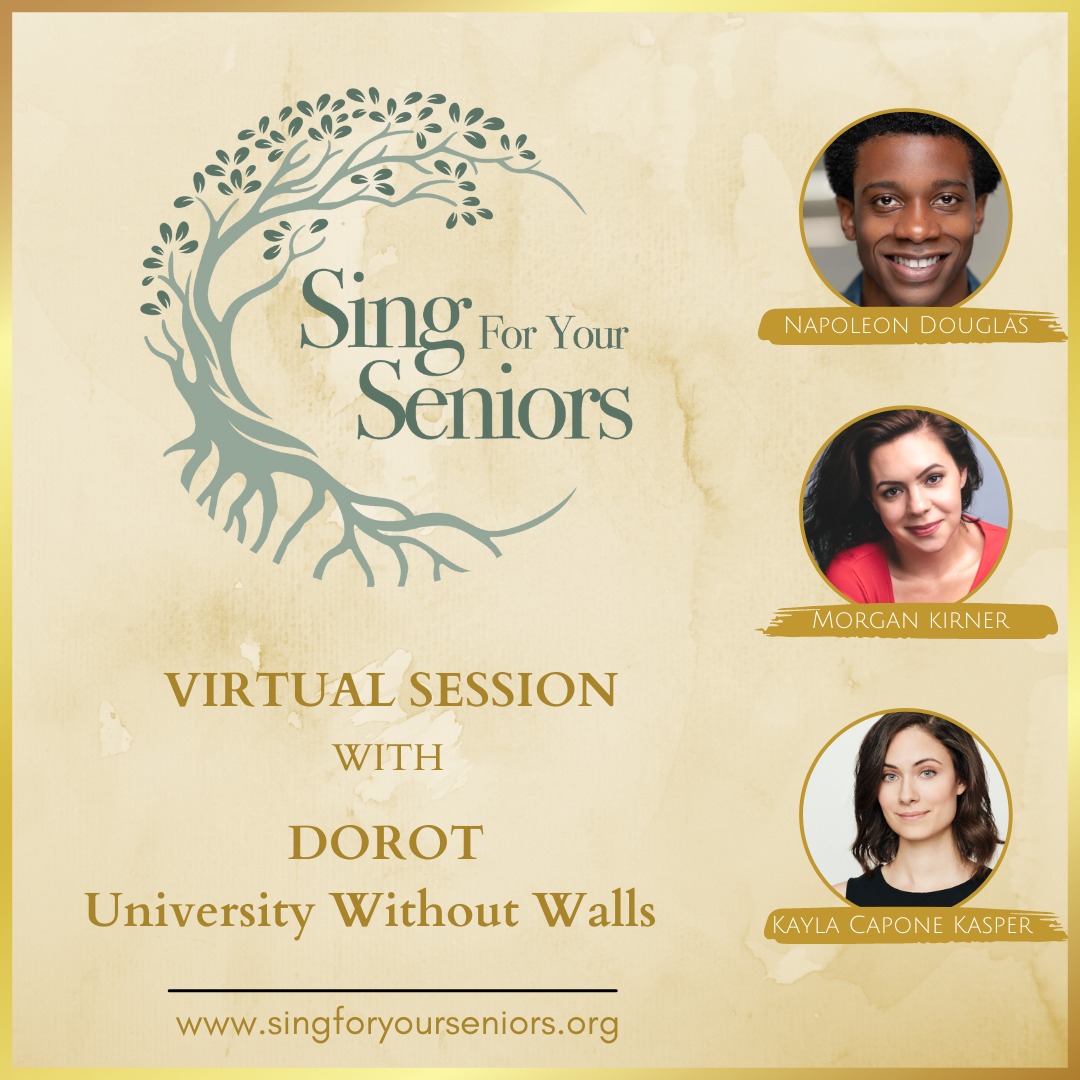 From Session Leader Napoleon Douglas: Today was an extra special day with our SFYS artists and the seniors of DOROT’s University Without Walls program!

Kayla performed “The Sound of Music” and “I Could Have Danced All Night” impeccably, truly capturing the essence of some of her favorite actresses including Julie Andrews and others! The richness of her top notes had all of us stunned.

Morgan was just as great with “Cockeyed Optimist” and “On the Steps of the Palace,” which became a beautiful tribute to the late, great Stephen Sondheim. Her Broadway knowledge was an incredible addition as she gave context to numbers as each performer concluded their songs.

The highlight of the afternoon was during our fellowship at the end of the session when one of our audience members congratulated the singers and sang a little tune herself, as she reminisced of shows she used to see on Broadway with her Aunt. One notable show for her was “Henry, Sweet Henry” which she believes doesn’t get the credit it deserves as a Broadway great!

Another wonderful session on a wonderful Monday. Until next time, DOROT!