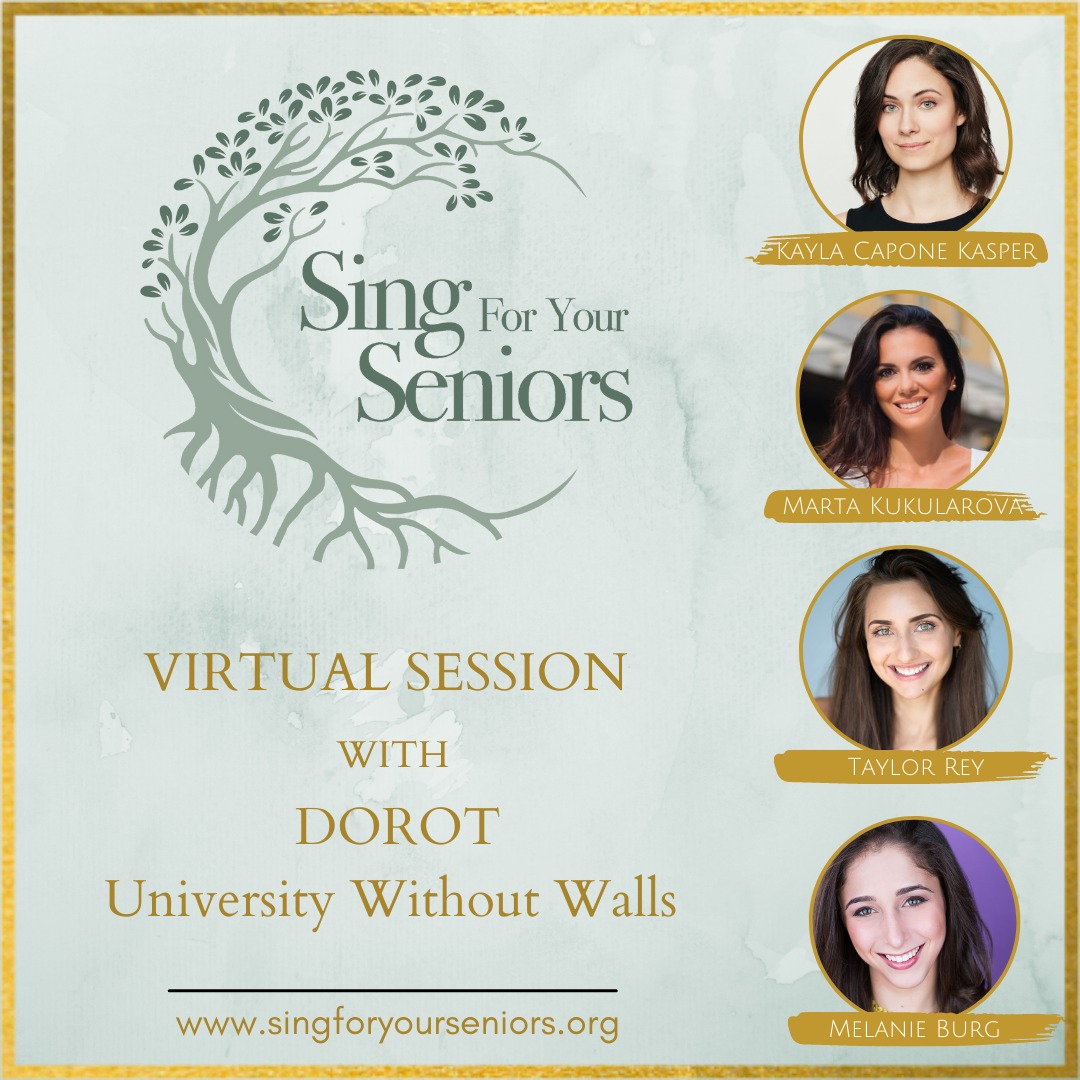 It was a delightful afternoon with DOROT filled with opera, jazz, Broadway and stories. I opened the session by sharing about my pregnancy and singing “The Sound of Music,” a favorite I grew up with that I hopes to share with my baby in a couple of short months.

Marta followed with a stunning rendition of “I Puritani” by Bellini. Marta continued to bring us opera through the session, filling the whole room with a beautiful interpretation of “O, mio bambino caro” by Puccini and some history as well, ending with the passionate “Carmen Habanera” by Bizet.

Melanie brought a variety of songs, including “What a Wonderful World,” which was just dreamy, her own take on “Something's Coming” from “West Side Story,” traditionally sung by the character Tony, and a powerful, stirring performance of “Someone Like You” from “Jekyll and Hyde.”

Taylor gave us a real treat with her live accompanist, Mark Klett. Taylor sang and Matt accompanied her on both piano and guitar, switching for different songs. They opened with a version of “Fly Me to the Moon” that had everyone's feet tapping, slowed things down with a memorable rendition of “Edelweiss,”and ended with the gorgeous Broadway classic “Till There Was You” from “The Music Man” that Taylor sang flawlessly.

I finished the session with a crowd favorite, “I Could Have Danced All Night” and one senior commented on how wonderful it was to hear so many of the songs Julie Andrews was known for since she was just recently honored with an AFI Life Achievement Award. As the session came to an end, several of the seniors shared what a wonderful time

they had listening in and one even called it a "delicious treat."