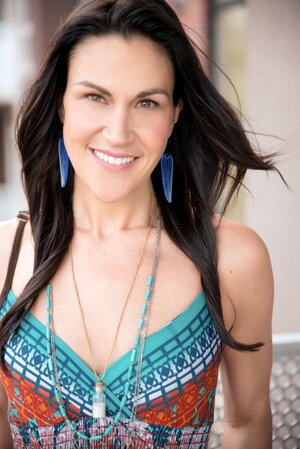 Aléna is a professional "triple threat" singer/dancer/actor, and has been on Broadway in West Side Story, and been seen in 4 original Broadway companies in The Addams Family, Sister Act, The Cher Show, and Mrs. Doubtfire. Some off-Broadway/Touring/Regional highlights include The Prom, Pippin,a Every After, Turn of The Century, Fairy Tale Christmas, Brooklyn, and Chicago. She's been one of the "Harlettes" for the Divine Miss M, Bette Midler; she spent 5 years performing around the country and abroad with the USO Show Troupe for our military and their families; and she can be seen in critically acclaimed documentary The Standbys. Aléna loves getting to perform with the SFYS community to share connection, silliness, and joy!

"Something To Talk About" by Bonnie Raitt